“Our family elected to try Happy Brain for our daughters. Our birth daughter was diagnosed with ADHD and suffered from social anxiety. After Happy Brain, her social anxiety greatly improved! She is thriving in school and has a close group of friends.
Our adopted daughter suffered major trauma in her young life and was having nightmares each night. She also would get frustrated easily. After Happy Brain, her nightmares diminished and she is much calmer and happier. We are so thankful!!” – EH, DeLand, FL


Go to top
“After 37 (and counting) sessions I’ve noticed many positive changes. I had terrible ADD, and focusing was a real challenge. Not any longer! This is a huge help with my work and home life. I also was having increasingly numerous bouts of anxiety before I started the training. I’m very pleased to say that I now rarely suffer from anxiety. I highly recommend everyone try this and experience the awesome effects for themselves.” – WK, DeLand, FL

Go to top
“My teenage son started neurofeedback and quickly responded, with greatly improved mood and levels of stress.
I was so impressed that I began neurofeedback myself to address mental fatigue and poor sleep. I noticed a difference in my sharpness immediately, and my sleep improved significantly after 20 sessions. As a scientist I tend to be skeptical by nature, but I’m completely convinced of this training’s effectiveness!!” – MS, DeLand, FL

Go to top
“My daughter struggles with ADD. We’ve tried changing her diet, creating schedules and even those dreaded medicines. She was not herself on medication and she hated it, finally refusing to take them. A friend told me about neurofeedback. Towards the end of last school year she started sessions. She took the summer off and we started back up a week before school started. After about seven sessions, on our way to her appointment, she told me that she thinks it’s working. She had a beginning of the year diagnostic test that day and was able to sit and complete the whole thing. That was a big deal for her. Normally she would get distracted, lose focus and run out of time.” – MB, Lake Helen, FL

Go to top
“I suffer from depression and anxiety. The last few months have been hell on earth for me. I have been on all kinds of medications, been in the hospital twice and had friends and family staying with me. I didn’t work for almost three months, didn’t drive a car for a month, couldn’t cook, shop or leave the house. I lost about 15 lbs. About two weeks before I was scheduled to go back to work, a coworker gave me a card for this neurofeedback and suggested I try it. I was desperate and had no expectations. After 20 sessions, I am free of depression, panic attacks, anxiety, insomnia, etc. My head is clear and I feel like my old self. I TAKE NO MEDS NOW!!!!! I would suggest this to anyone who has these issues.” – JW, Orange City, FL 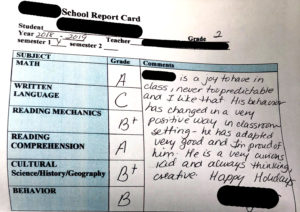 “My son started neurofeedback because of vocal tics, communication difficulties, and problems at school. Soon after beginning neurofeedback, we started noticing a reduction in tics and his teacher started reporting better days at school. Now a month after his last session he comes home and proudly tells me how well he’s doing at school!” – SL, DeLand, FL

Go to top
” I didn’t realize I had been struggling each morning with a feeling of dread/doom upon awakening…then I realized, after a few weeks of NeurOptimal®, that I was feeling lighter, more resilient and positive in the mornings…effortlessly. I’m still juggling all the same worries and responsibilities, but it’s as though the negatives don’t ‘stick’ to me. I feel more emotionally resilient.” – AM, Sanford, FL

Go to top
“After two major losses – my marriage and my mother – I found that I was suffering from debilitating depression, insomnia, and anxiety. My counselor recommended neurofeedback but I was reluctant to have linear neurofeedback for fear of “over- correction.” I was delighted to find NeurOptimal® in the area. I’ve been having NeurOptimal®  training for just over two months and my healthcare provider has been able to cut my antidepressant in half. And I’ve almost completely stopped taking medication as needed for anxiety. I’m also sleeping much better without additional medication. NeurOptimal® has helped me regain balance and restored my resilience.” – MH, Flagler Beach, FL

Go to top
“Life-changing for our entire family! When my son’s pediatrician wrote the prescription for ADHD medicine, I asked if there was anything else we could try. He said some children responded well to neurofeedback and made a recommendation of a provider. After 10 sessions, we started to see changes — so did his teachers. Upon completing 40 sessions, my son was able to focus in class. His time on the playground did not end in a fight, or with tears. At home, following directions was no longer a struggle, and overall he was a much happier child.” – DD, Orange City, FL

Go to top
“Prior to starting neurofeedback, our son was placed on academic probation at his school. His teachers complained that he never seemed to be paying attention even when he was. He constantly fidgeted, and his teachers were frustrated by his frequent outbursts in class. He would become angry and lash out physically or verbally without thinking. He had already been to counseling twice. The counselors assured us that he knew how to respond appropriately, but for some reason he was unable to apply the skills they had taught him. My husband and I were at a loss. We did not know what more we could do to help our son. The school informed us that he would be asked to leave if there was one more incident.
A close friend recommended that we try neurofeedback. She told us of other children she knew that had benefited from the program. I called Vicki and asked if she could help. Vicki took the time to explain everything to us and made sure we understood it would not be a quick fix. However, she assured us that if we stuck with the program, we most likely would see lasting results. Upon arrival, Vicki always made our son feel welcome. She was always very kind and professional.
We started to notice a difference after about six sessions. Our son began to demonstrate a level of self-control and focus that we had never seen before. His teachers were shocked by his progress; they said it was like having an entirely new student in class. After completing Vicki’s neurofeedback program, our son was finally able to master the social and academic shortcomings he had been struggling to overcome. Our son completed his sessions about a year ago. His teachers this year describe him as an excellent student and a pleasure to have in class. Not only did neurofeedback work, but the results have lasted long after completing the program.” – SH, Deltona, FL

Go to top
“After a series of significant losses, I found myself completely overwhelmed after a hurricane severely damaged my home and my insurance rejected my claim for $65,000 in repairs. I could not find reliable or talented tradesmen who would show up. I had to let go of my hopes and dreams. I became angry, agitated, anxious and withdrawn. I found out about NeurOptimal® neurofeedback as a new approach for help with traumatic events. After about my sixth session, I began to notice that I was more relaxed and detatched from daily situations that once were overwhelming. As I continued, I found my resilience returning again. I could sleep easier and worry less.” – CD, Daytona Beach, FL